We arrived in the very remote town of Kolongo after about 10 very bumpy hours on terrible dirt roads.  Here, people are extremely poor and live in traditional mud brick huts with thatched roofs.  It’s so lush and idyllic here.  Looking over this beautiful part of the world is a mountain of stone.  Under its protection is St. Mary’s Midwifery School on the grounds of Dr. Abrosoli Memorial Hospital. 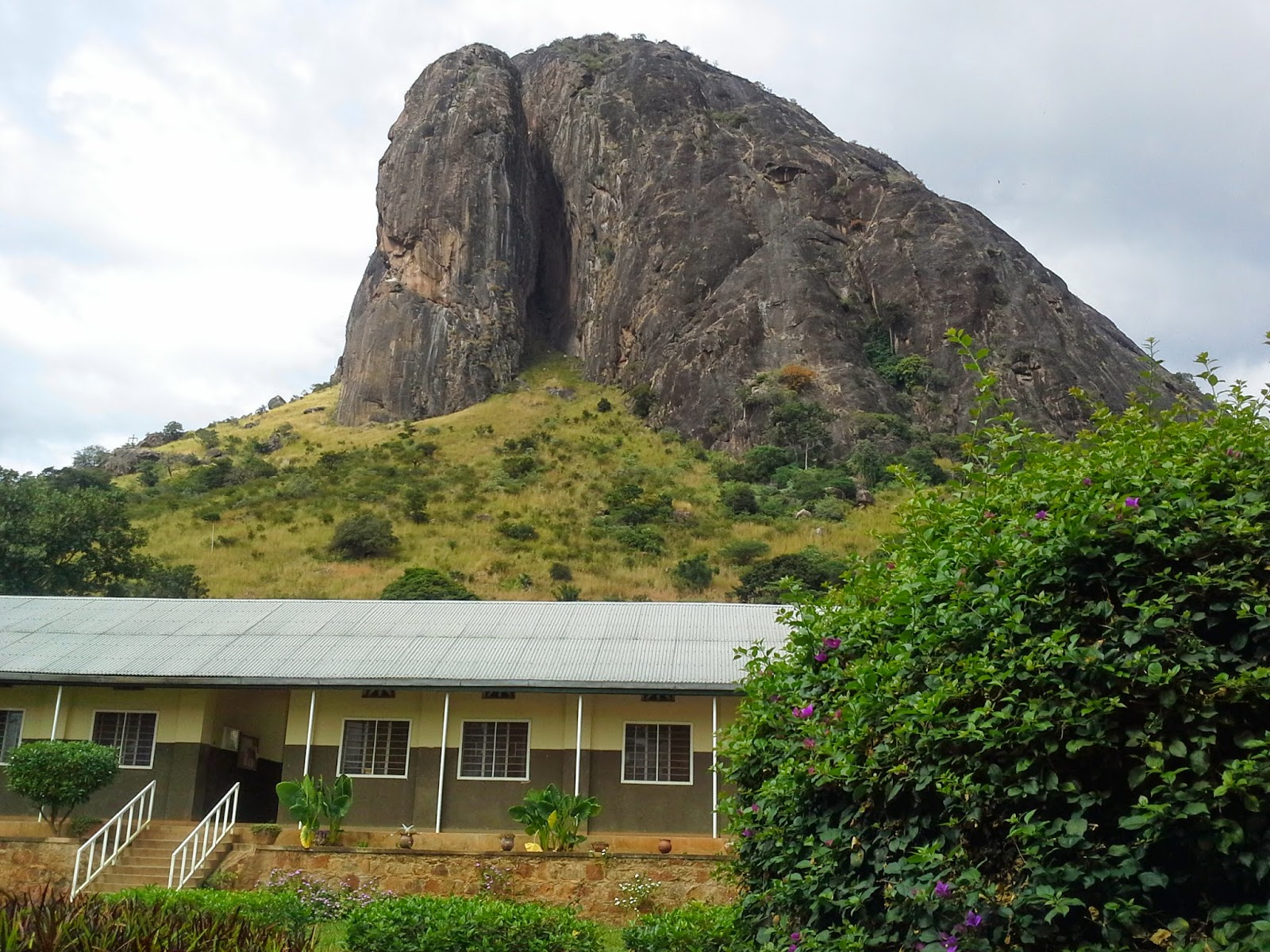 We were treated to the most magical of greetings.  The student body led us through the gate regaling us with song and flowers and welcoming us with a warm embrace.  We were so moved; who wouldn’t be. 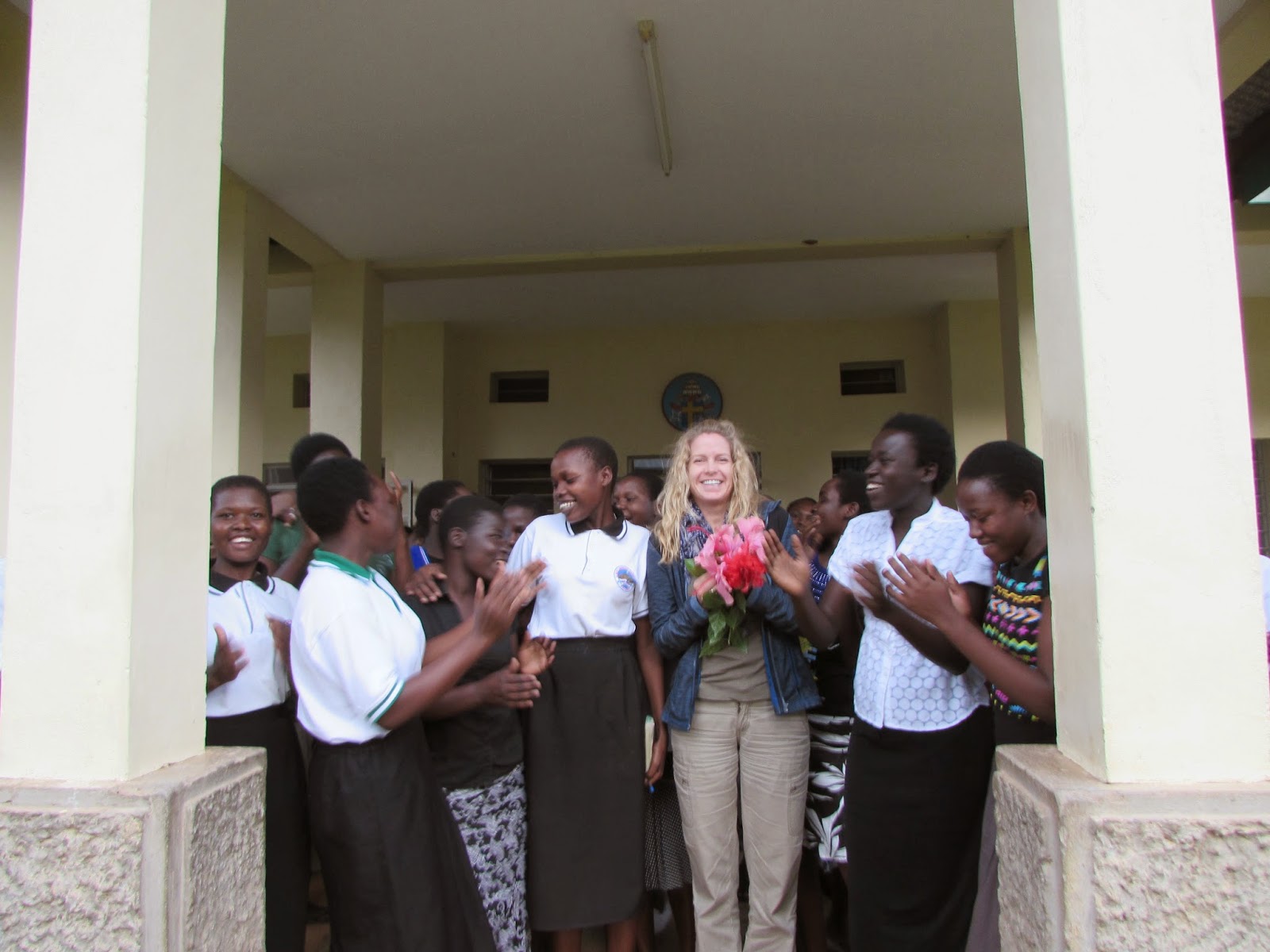 The Principal of this place is one of the most extraordinary women I have, and most likely ever will meet, Sr. Carmel.  She told us tales of her many years here in Kalongo. 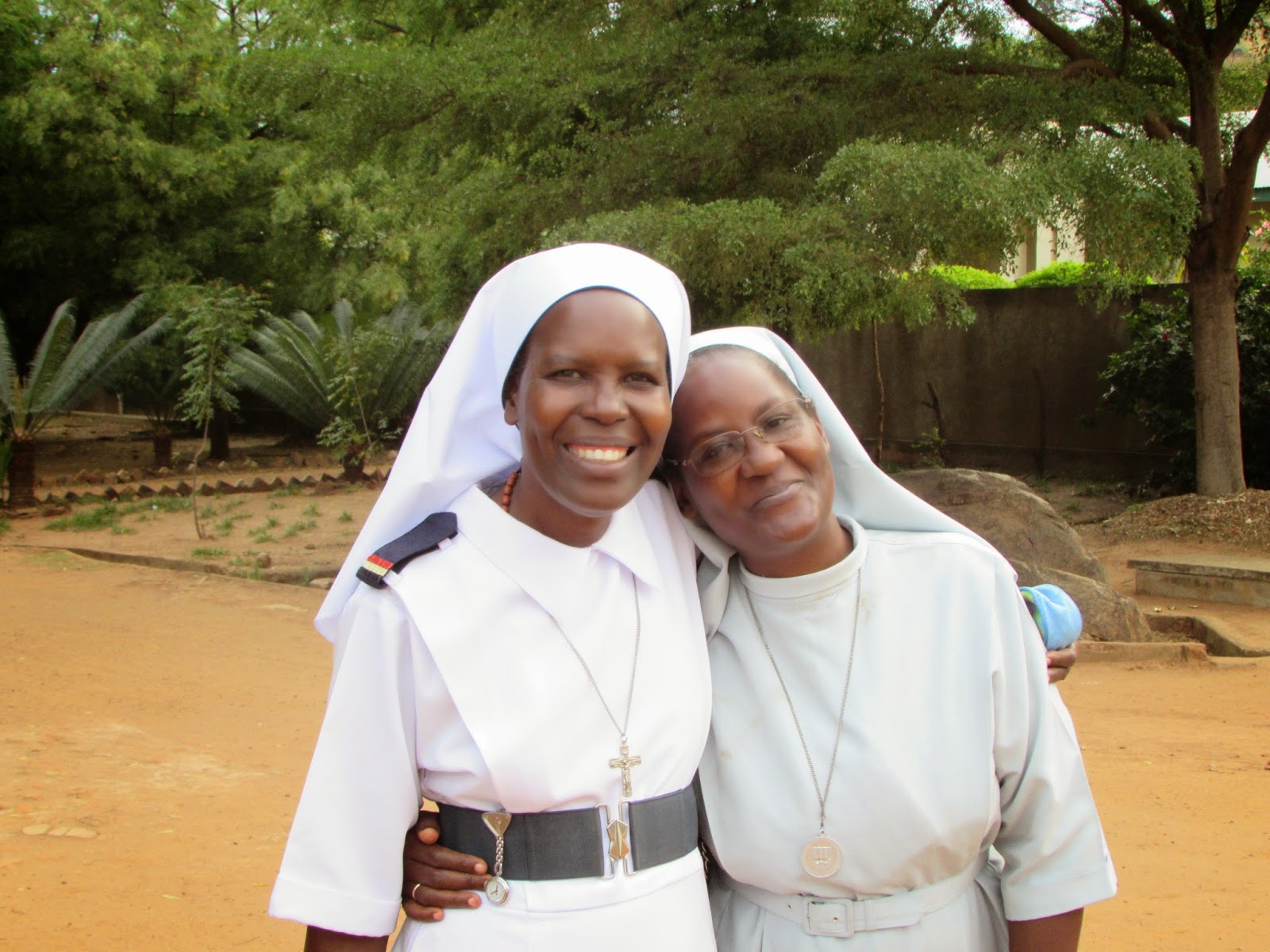 For 22 years this place was subjected to an unspeakable hell.  Joseph Kony’s Lords Resistance Army had made this place of healing and learning a constant target for kidnapping, gunfire and slaughter.  The Ugandan Army fought here trying to protect from the rebels but every day was a flow of rebel encroachment and then fighting to gain what was lost.  Every night for these many years thousands of women and children came to stay at the hospital for protection.  (Look up “night commuters”). There was never a promise they’d be safe but this was the best insurance people had to survive the night from death or capture.  The nuns here have saved countless lives.

Sometimes they would unknowingly take in rebels disguised as civilians seeking refuge.  They came to spy and report back.  It reminds me of the words of one our scholars, a surviving abductee, who would tell of these times.  She told us that no one in one’s community could be trusted, because the rebels were among them, disguised as them.

Sister told us that rebels came into the compound and collected approximately 100 people into large classrooms and hacked them all to death.  We visited a marker to the mass grave, with these few words, “Rest in Peace.”  To try and imagine the horror, the terror and bloodshed that took place on the very ground where we stood…..well, no words can describe. 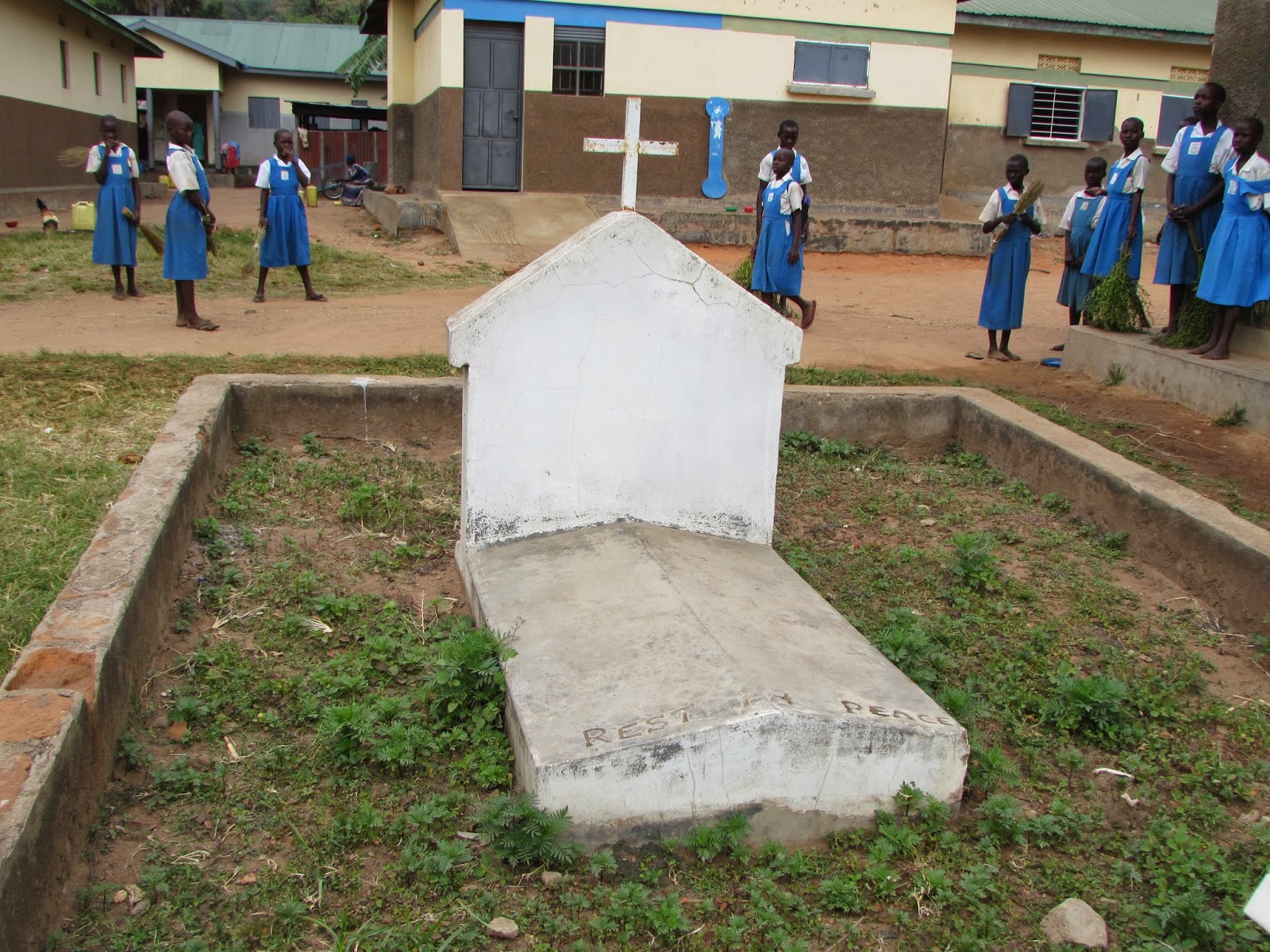 Only a short distance from this school over 40 girls had been abducted.  She told us that this was a good time to be ugly. Ugly girls were sent back; not good enough for Kony’s monsters.  I might add, many of these monsters were once children themselves; taken, tortured and brainwashed.  Sister herself had been lucky to survive an attack when she was young.  Once while at church it was attacked (in a brief war before the LRA) where soldiers came in shooting and killing. She and 40 other women had to hide in the bush for over a week until it was safe to return.

Sister talked about school life during these 22 years.  They often took class under explosions and the sounds of machine gun fire.  They would take cover, and when the gunfire stopped, started back to studies and laughed.  She told us that they had to laugh to survive.

When they closed the hospital down for a couple of years, she was told she should leave and close the school, but she refused.  She said if God takes me here, then it was meant to be.  More followed her example and stayed.  The school remained on site and is still thriving today.

That beautiful mountain I described also saved many lives.  On the one side, the school and hospital was safe from rebels. The army took ground there and gave them some advantage to protect the school.  But at night, on the top of this mountain, is a cross which lights at night and shines for miles.  Its hangs over, protecting the faithful under its glow, where many would follow the light to this place where a hero like Sr. Carmel committed to taking in those she could save.

- Meg Styles
Posted by The Gretta Foundation at 9:30 AM