We have a long day of travel upcountry ahead of us to far off to Kalongo.  For decades, this area was terrorized by Kony’s Lord’s Resistance Army.  This is my first time to Kalongo, although I have been upcountry many times.  While driving along and watching the comings and goings, I thought I’d take a moment and blog and talk about Uganda a little, or more specifically, how so very different it is to life as I know it.

One thing I don’t seem to get used to is being taken advantage of simply because I’m white, or American or not Ugandan.  It’s assumed that I have lots of money and don’t know the customs.  It is a fight to negotiate many things from cab fares to even food prices at times.  Fortunately, our Ugandan friends here help speak for us but I’ve had to learn to do a lot on my own.

Last night there was a storm that seemed more like a typhoon.  Storms come in suddenly and are often short.  Last night’s dumped enough rain that would have singly remedied California’s drought crisis.  I’ve lived in many places in the US where big storms are common but I’ve never heard teeth-clenching thunder like this before.  When the rain comes down like this, you wonder how the so many here living in not much more than sheds or mud brick homes are withstanding the storm.  Incredibly enough, all was dry when I woke up early this morning and people were moving about doing their usual daily business. Where the hell did all the water go? 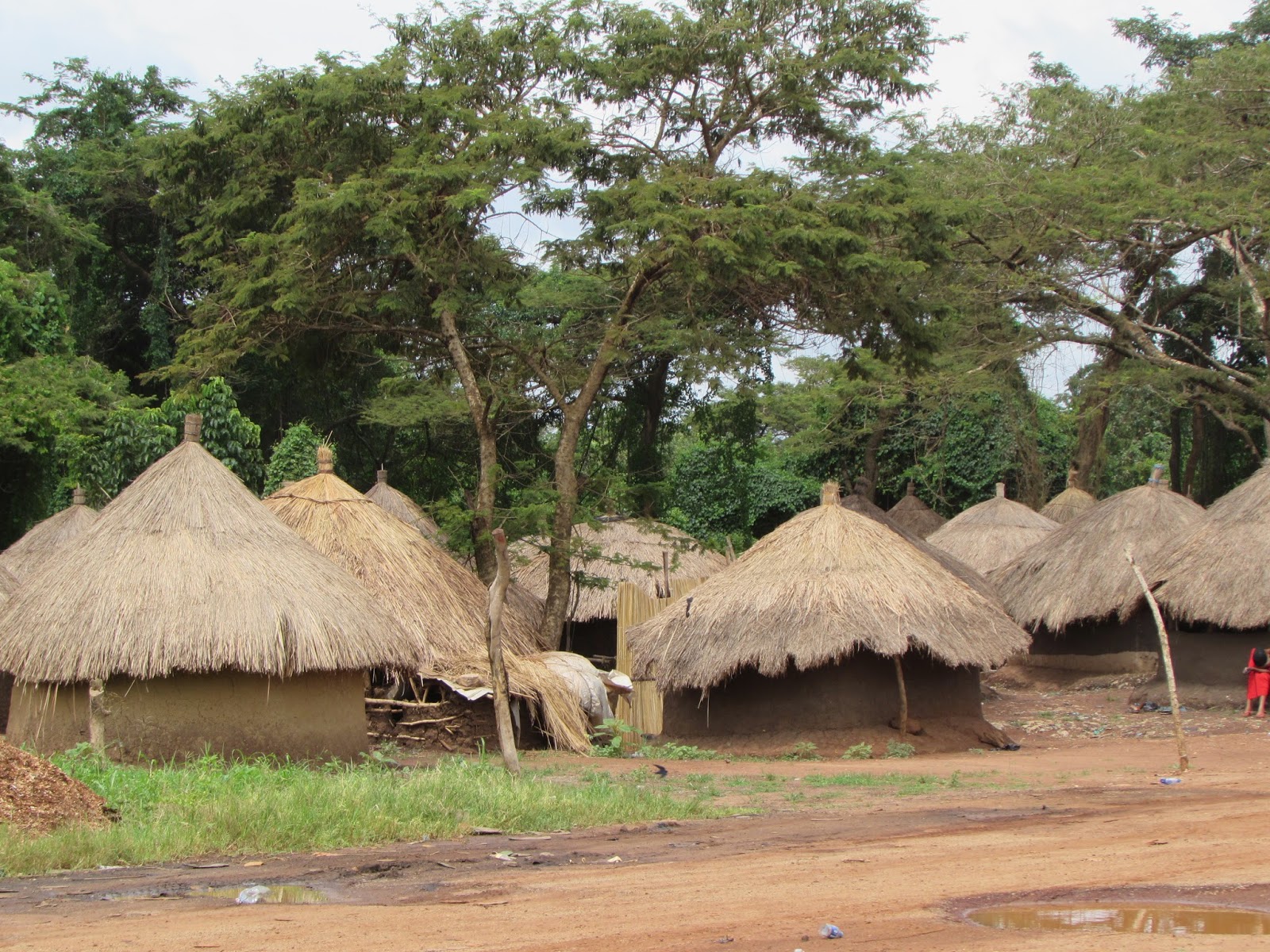 Now the city is behind us and I’m starting to see the more traditional round mud huts with grass-thatched roofs.  The children are far more curious when we drive by and like to wave enthusiastically. We see trucks on the road with dozens of people on top, many hanging on the sides for dear life.  This is getting from place to place for some here; men and women alike.  Many are getting their water from bore-holes.  The Ankole cattle here have horns so huge that they would make any Texan steer self conscious...if in fact size does matter. 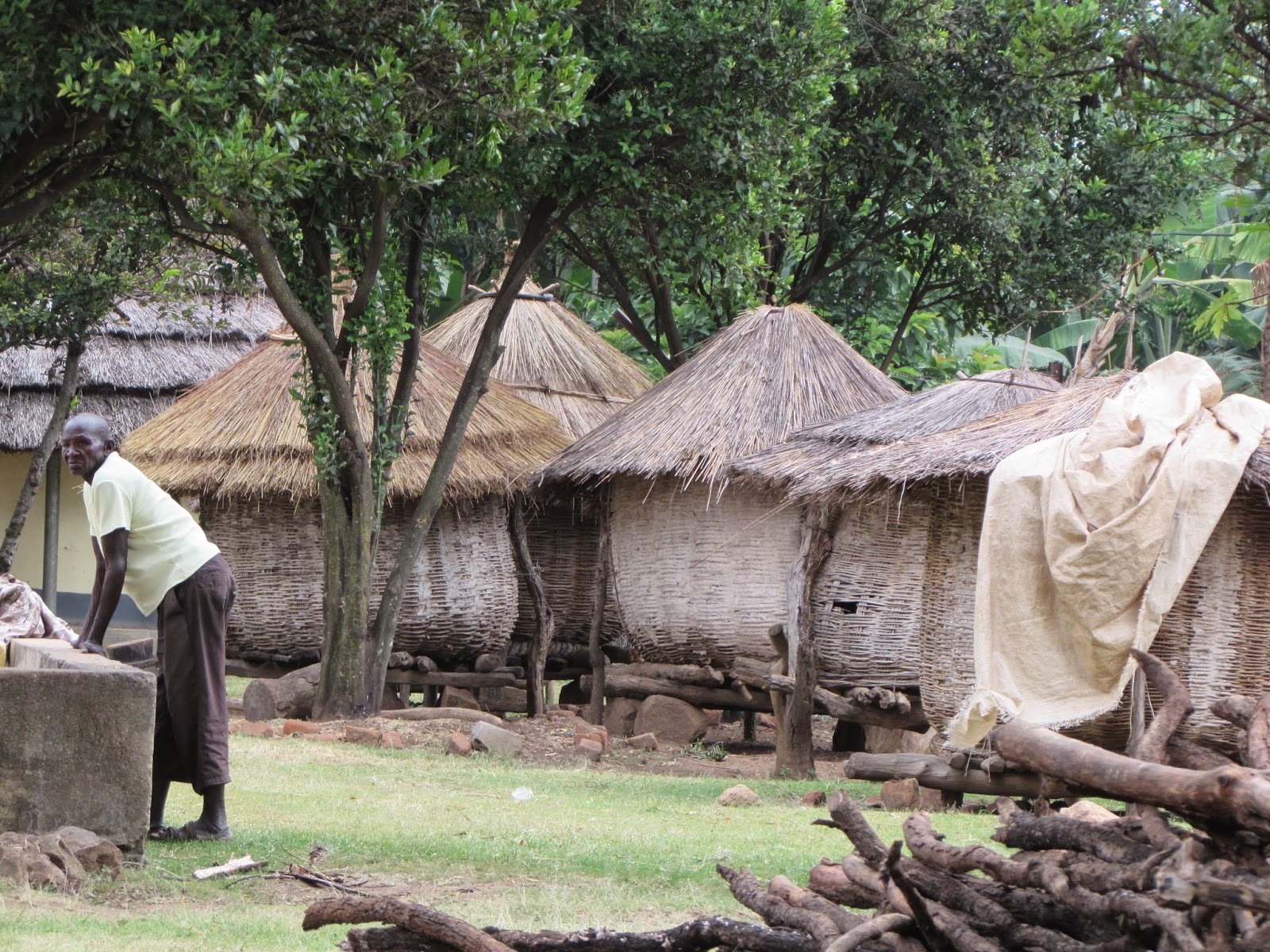 You’ll see young men with buckets of grasshoppers to sell as food.  They have important protein and are cooked without oil as they have so much of their own healthy oils.  They taste, yes, like chicken, more precisely, fried chicken skin.  Pretty tasty but you’re done after a few.  After all, they are grasshoppers and you don’t forget what you are eating despite how it might taste.

Saw some zebras driving along a main highway, and monkeys and baboons once as well.  Many stray dogs which is sad, but although they flee-ridden, they don’t seem to be starved and I’ve never seen one mistreated…unlike some countries I’ve been too.  It’s incredibly lush here, but as my colleague noted, not so many flowers in relation to all the greenery. 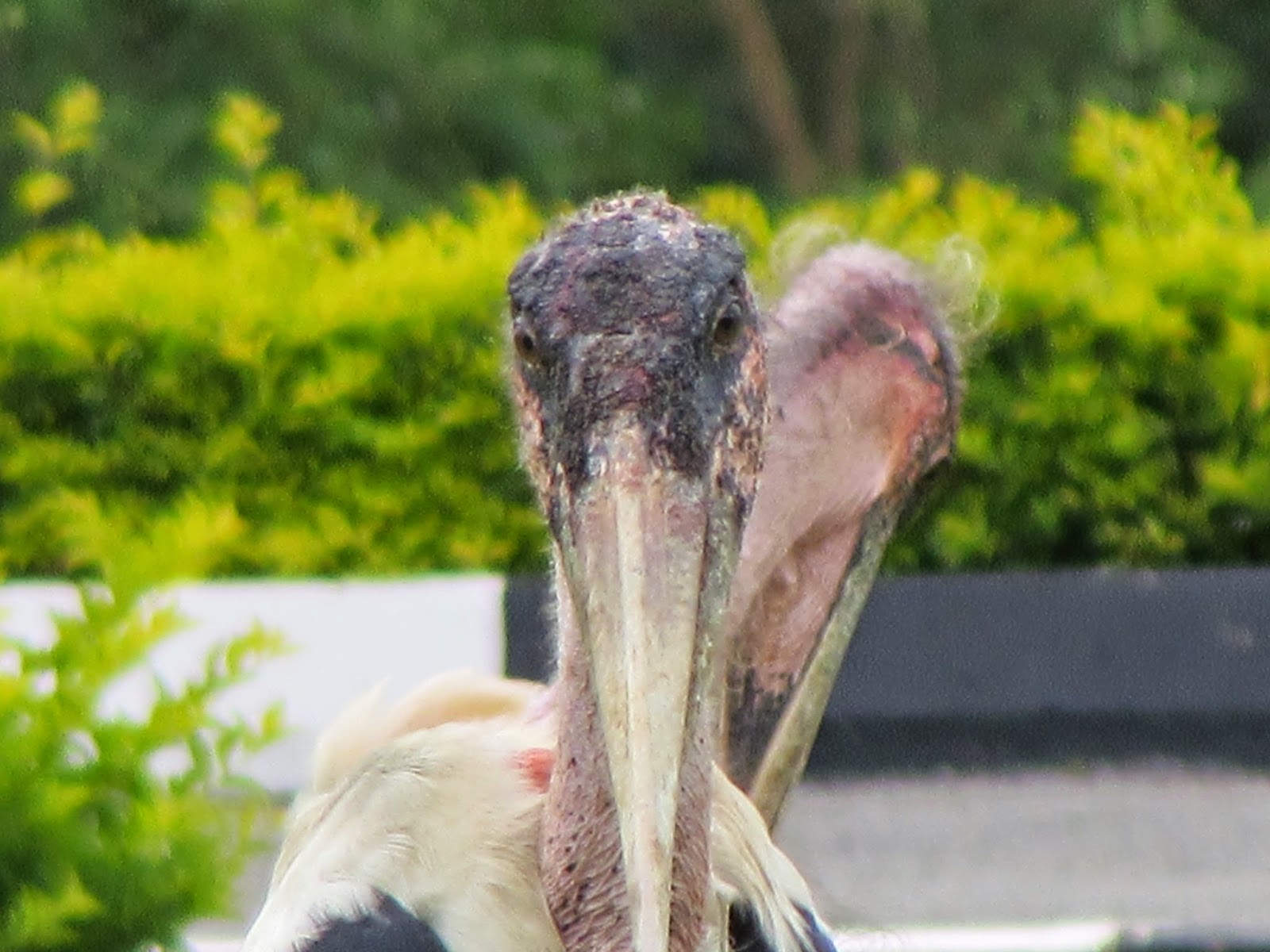 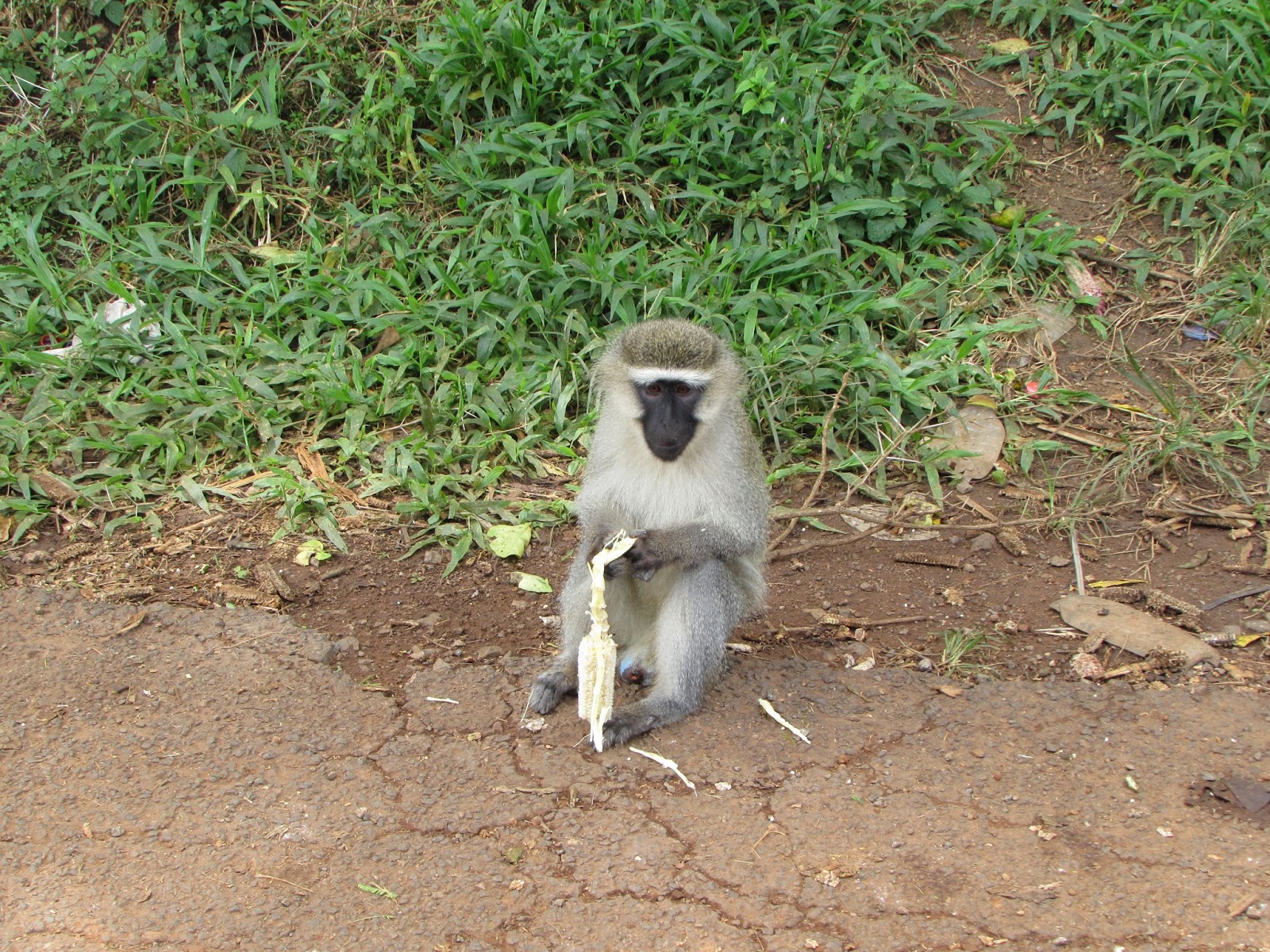 Driving is different. They drive on the left side and between all the pedestrians, boda bodas (small motorcycles carrying anything from four grown men at one time to windshields, etc., it is really more like a free for all and the only semblance of order is they tend to veer to the left side…if available of course.

Went to a popular pit stop.  It’s idyllic for a petrol station but along the back with pretty landscaping and chickens and goats, you kinda feel like you’re walking up to family resort and not a public restroom. But despite the pretty surrounding, they are still pit latrines, and they still stink.  These are moments where sayings like, “It’s a man’s world” comes to mind.  In moments like this I wish I were a man. 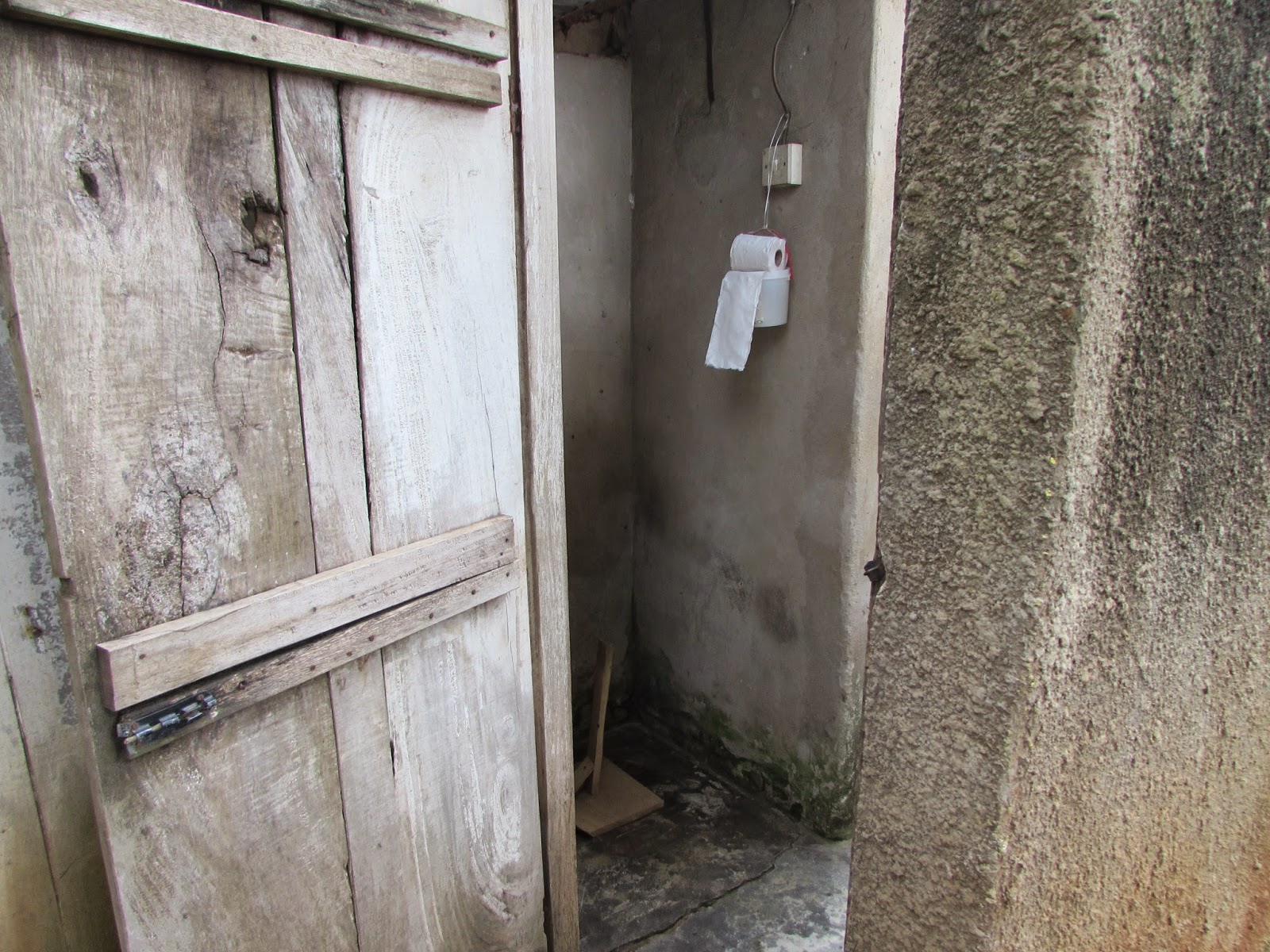 Back to bumpy roads and crazy driving.  Will report next from Kalongo.
- Meg Styles
Posted by The Gretta Foundation at 8:28 PM