Navigating the roads through Uganda

Most of the roads in Uganda are not paved. The streets are dirt roads with an abundance of potholes. You feel like you are constantly swerving to avoid the next hole in the ground. At times we would drive off the road, on the side, as there were not as many bumps. 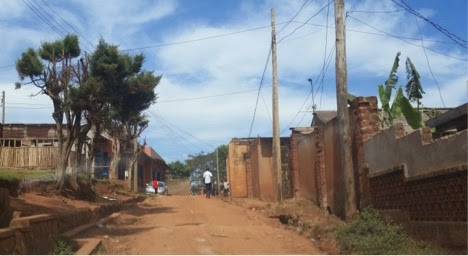 Often drivers are passing up cars, kicking up dirt with their tires, and expelling thick black clouds from their exhaust pipes. I was constantly rolling the window up to avoid breathing in all the smog. Also drivers have to dodge pedestrians, people on bicycles, boda boda drivers, and oncoming traffic that is attempting to go around another car or truck. At times it can feel like you are playing chicken, then drivers switch back into their lane right in time. 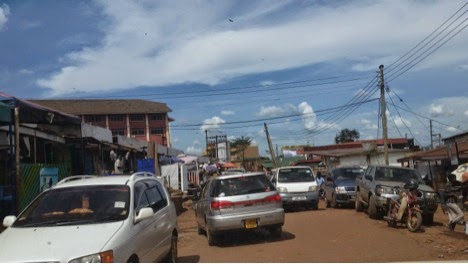 I thought by now I had understood the difficulty in travel, however, I found out I was wrong. I got to further understand the struggle many people face when we traveled into the bush.

We went to visit the practice of a delightful midwife, Constance. She is a very rural area. The road to get to her facility was a small trail which appeared no bigger than a bike path. There were high trees, bushes, and crops surrounding us on both sides. I didn’t know how we would make it on that small path, but our wonderful driver got us through.


It’s been eye-opening to see the infrastructure in Uganda. I can only begin to imagine what mothers have to go through to travel and get medical attention. Some of the midwives have informed me that many mothers means of travel is walking, as they can’t afford boda boda’s or taxis. That journey must be long and difficult. Although the travel is challenging, these mothers are lucky to have these midwives within their communities. They would face even longer and harder journeys if they had to travel to the hospitals which are much farther out than the local midwives. I admire the dedication these midwives have to their communities and equally respect them.

Posted by The Gretta Foundation at 9:44 AM